It was on this day, December 7, 1896, that eleven men – from Massachusetts, New York, Ohio, Illinois, Kansas, Missouri, Michigan and Colorado – met in Chicago and drafted the constitution of the National Union of Steam Engineers, the parent organization of today’s International Union of Operating Engineers.

Today, the IUOE has approximately 400,000 members in 123 local unions throughout the United States and Canada. IUOE is the 10th largest union in the AFL-CIO. 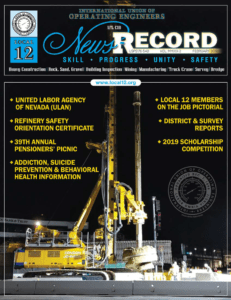